Plugin Boutique has launched an exclusive sale on MCharacter by Meldaproduction, a unique tool that lets you directly control the harmonics of any monophonic audio material. 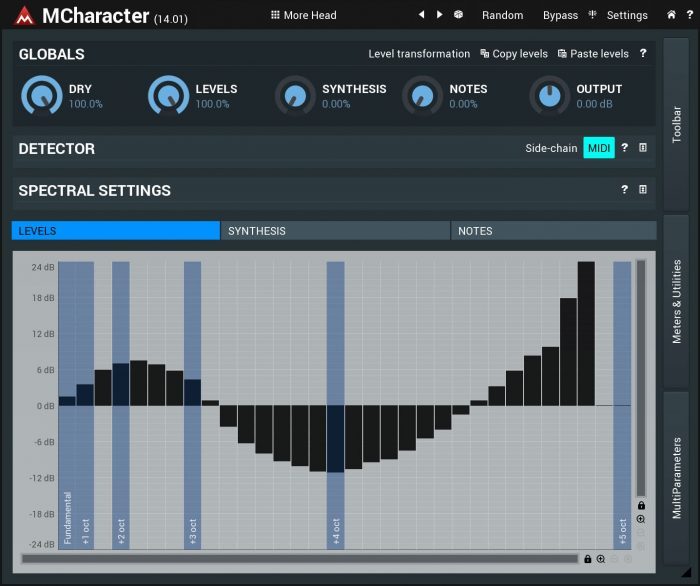 MCharacter opens up a range of mixing and creative possibilities.

Most audio instruments have a distinctive character defined by harmonics and formants. Formants are pretty much static in the audio spectrum, so you can change them directly with an equalizer. Harmonics, however, are more problematic, because they follow the pitch. MCharacter lets you control the levels of first 32 harmonics in a very simple and effective way. By working directly in the spectral domain the plugin’s ability to detect pitch is outstanding and the changes are instant, which makes it outperform traditional equalizers in just about every way.

What happens if some harmonics are not present at all in the audio? Or, perhaps, you want to generate a sub-octave? Well, up to now it was pretty much impossible, but MCharacter makes this very simple. It lets you synthesize harmonics & tones that are not there using 2 simple graphs. Just say which harmonics and how much you want of each!