Audio Plugin Deals has launched a sale on the 5-in-1 Soundiron Bundle, a Black Friday deal that offers 86% off on a collection of 5 instrument libraries for Native Instruments Kontakt. 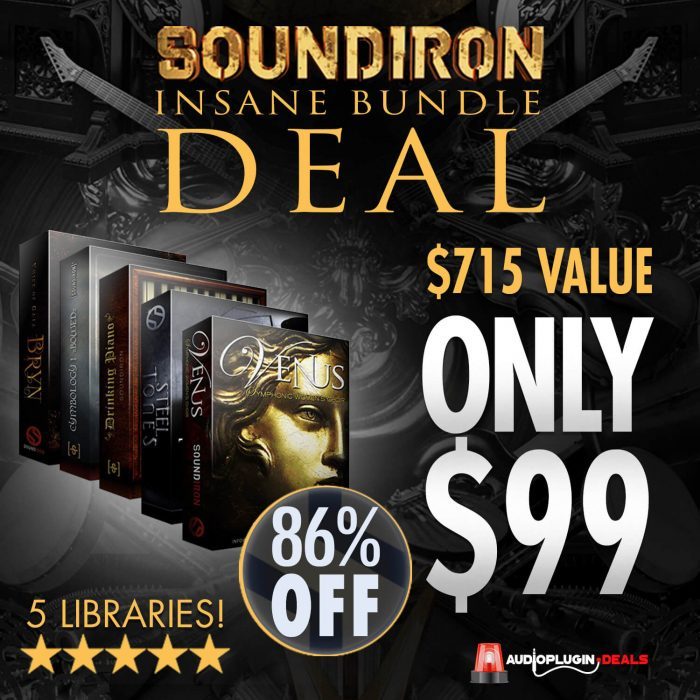 Get this insane bundle of 5 Kontakt libraries from SOUNDIRON with a combined value of $715.

SOUNDIRON libraries are built with over 20 years of award-winning engineering experience and come packed with intuitive features and unique content that you won’t find elsewhere.

Spitfire Audio Black Friday Sale: Save up to 77% off virtual instruments!

Save up to 80% off Toontrack plugins, MIDI packs & expansions