Plugin Boutique has launched an exclusive sale on Sawer by Image-Line, a virtual analog synthesizer that is modeled after the Polivoks synth. 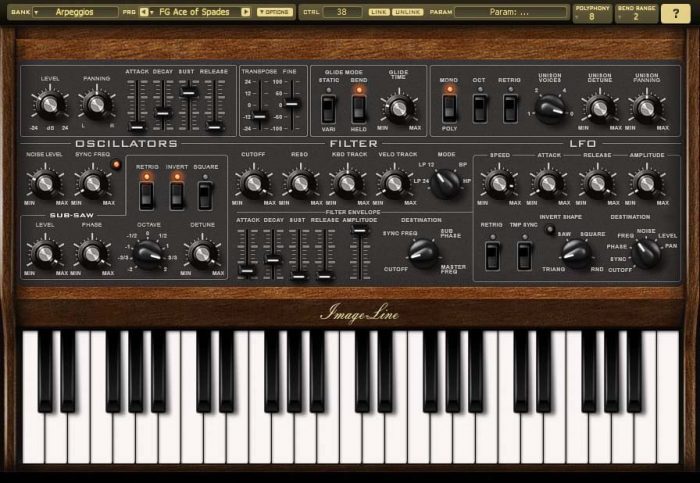 Sawer pays homage to the envelopes and filters of a rare 1980’s Soviet analog synthesizer, Polivoks.

Maxx has devoted meticulous attention to the detail of Sawer’s filter and envelope designs, ensuring Sawer delivers a unique sonic character reminiscent of the Polivoks hardware. But Polivoks, like all analog synthesizers, wasn’t without its problems. Keeping the oscillators stable and in tune has been likened to ‘moving a pile of live frogs, by wheelbarrow’, impossible!

As Sawer is algorithmic, this solves the problems of tuning and stability, however, in the same way electrical component instability makes analog gear unique (if not cranky), Sawer benefits from the 21st century equivalent, a coding error.

While programming the SAW oscillator, Maxx accidentally set some incorrect variables and immediately the sound gained bass, acquired some light but pleasing noise on the attack and an overall richer sonic spectra. Maxx realized this was no mistake but a discovery and built on this, adding some frequency modulation to give it a touch of analog authenticity and so ‘Sawer’ was born.

Kilohearts Bitcrush & Comb Filter plugins on sale for $9 USD each!