Schulz Audio has announced an update to the RedVerb 2 reverb effect plugin for Windows and Mac. 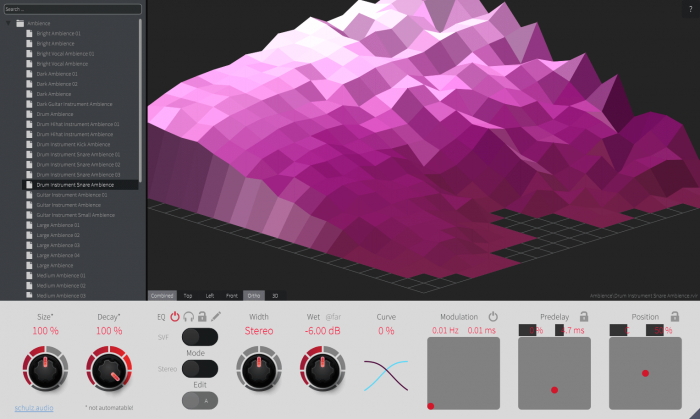 RedVerb 2 is an incredibly versatile reverb effect, which ships with thousands of top of class presets. It’s hybrid engine and well thought out user interface enable intuitive adjustment of all sonic aspects. Classic, modern, experimental. The choice is yours!

Reverb 2 is available as a VST/AU/AAX plugin, as well as a standalone application for Windows and Mac. Regularly 199 USD/EUR, you can get it for 39 USD/EUR for a limited time only with coupon code THE-FINAL-COUNTDOWN at the checkout.