Seaweed Audio has announced an update to the Fathom Synth modular synthesizer instrument for Windows and Mac. Version 3.0 introduces Fathom Vector, which offers the most advanced features for audio professionals. 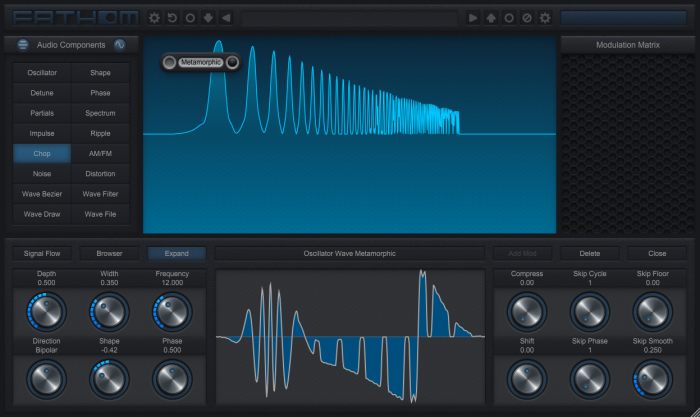 Over a year in development, the Fathom Vector synth includes everything in Fathom Synth Pro, plus Intel AVX Parallel Processing to process all eight detune channels in each synthesizer voice simultaneously, a new Metamorphic Oscillator, and a new 16 Channel Modulated Digital Delay.

The Metamorphic Oscillator is one of the most advanced oscillators ever created in a software synthesizer and consists of over 16 pages of parameters in one oscillator.

Available in VST and AU plugin formats, Fathom Vector is available for $125 USD, while Fathom Pro is $25 USD.

The Fathom Mono monophonic version of the synth remains free.