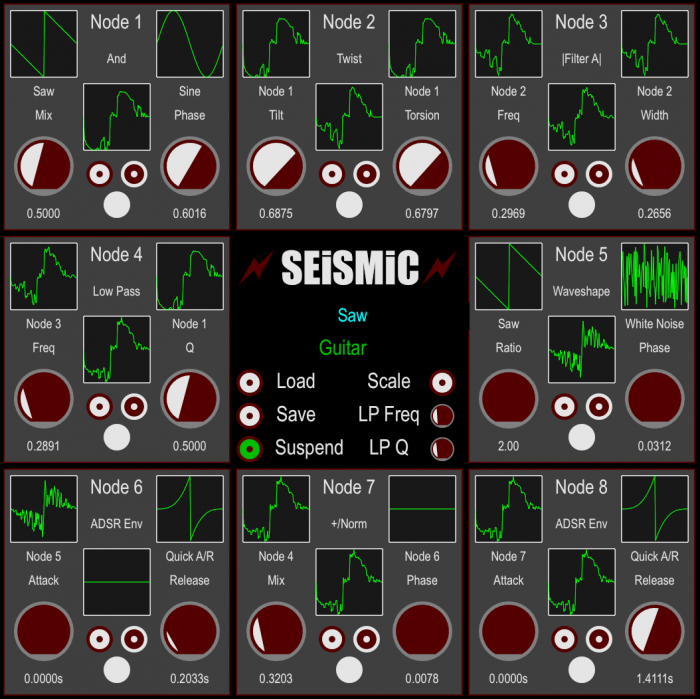 Welcome to the world of Seismic where everything is a wave. Even the LFOs and envelopes are created using the same waves that are used as oscillators to build sounds.

Seismic is a fully modular synthesizer built from nodes. Each node can use two waves, or a node and a wave, or two nodes with a mixer to combine them to create a new wave. In this way, nodes are strung together to create a patch.

One of the unusual features is that playing a repeated note does not cut off the previous note. You can have any number of the same note playing at the same time. In fact, there is no polyphony limit, except what your computer can handle.

Seismic is available in VST and AU plugin formats for Mac OS X.