Sennheiser and Neumann will highlight a wide range of new and legacy microphones for various recording applications at the 141st AES Convention, which will take place at the Los Angeles Convention Center from September 29th to October 1st. 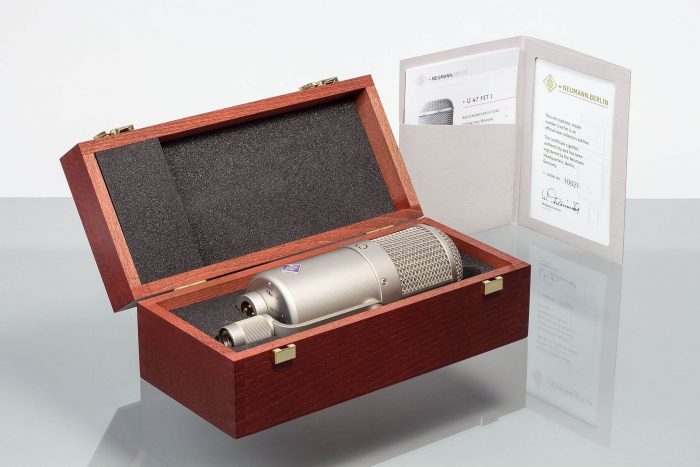 Recently introduced models will include the Collectors Edition U 47 fet and versatile TLM 107 from Neumann, as well as the new MK4 digital and the upcoming AMBEO VR Mic from Sennheiser.

A full complement of classic recording microphones will also be on display: From Neumann, this will be the U87 Ai, TLM 67, KM 184 and several other recording staples. Recording microphones from Sennheiser will include the recently introduced MK 8 multi-pattern microphone, as well as classic models from the MKH range, which can be turned into digital microphones using the MZD 8000 digital module.

During the exhibition, the Sennheiser/Neumann Demo Room will also feature a 9.1 monitoring set-up, consisting of Neumann KH 310 and KH 120 nearfields as well as KH 810 subwoofers. Meantime, the exhibition booth will have stereo configurations of the Neumann KH 120 and KH 310 monitors, along with the entire line of Neumann studio monitors as part of the display.

Visitors to the Sennheiser and Neumann booth will have the opportunity to experience the promise of fully immersive audio as recorded by Sennheiser using its AMBEO VR Mic in an AMBEO demonstration complete with 3D glasses – further closing the gap between audio playback and reality.

The AMBEO VR Mic, which is scheduled to become commercially available in November 2016, is an ideal tool for VR production, presented in a compact form factor.

As part of the Audio for Virtual and Augmented Reality Conference (AVAR), which the AES will hold in parallel to this year’s Convention, Sennheiser will participate in a panel on “Immersive Sound Capture for Cinematic Virtual Reality”, which takes place on October 1st from 11:30 to 12:30 in Theater Room 441. The panel will take a look at the technical and physical requirements that VR puts on location sound engineers and discuss the benefits and constraints of spatial ambience and point sources, finishing with an in-depth look at audio monitoring for VR productions.

Sofia Brazzola of Sennheiser Strategic Innovation commented: “Within the framework of our AMBEO 3D audio program, we have been active in the VR production field for quite some time, developing the optimum solution for immersive audio capture. We are therefore extremely happy to be chairing this exciting panel on Cinematic VR.”

Visit Sennheiser and Neumann at AES, Booth 411 and Demo Room 503.