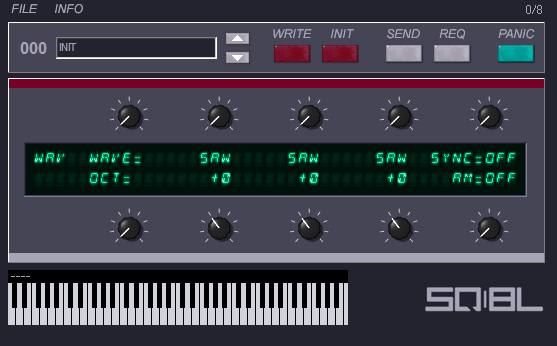 The SQ80 features 3 digital wavetable oscillators for each of its 8 voices which are fed through analog 4-pole lowpass filters (-24dB gain) with resonance. Sound parameters can be modulated by 4 envelopes, 3 LFOs and several MIDI sources.

The SQ8L (“L” stands for “Light”) is the free demo version of the forthcoming SQ8X (“X” for “eXtended”) and has a few limitations:

Still, this Light version is very useful and there are tons of free presets to be found.

Make sure to read the readme.txt file that comes with SQ8L because it has essential information about its installation, the way SQ8L works, Known Problems and what will be in the commercial SQ8X version.