Sinevibes has launched a limited time sale on its Creative Collection bundle, comprising 6 of its creative effect plugins for Mac. 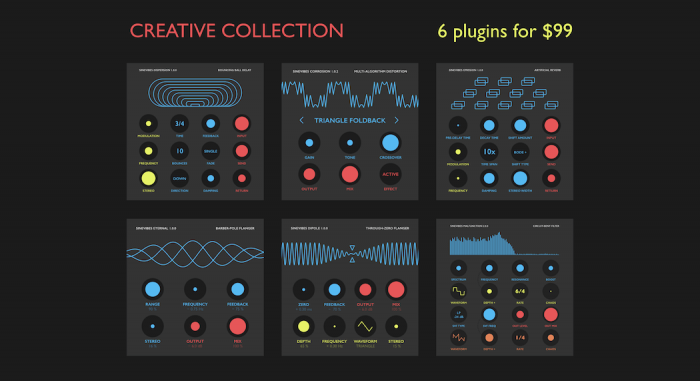 The bundle includes the following plugins:

The bundle is on sale for $99 USD at Sinevibes and distributor Plugin Boutique until April 1st, 2018.