Sinevibes has announced the release of an update to the Droplet raindrop delay effect for Mac.

The third product of the company’s new plugin lineup, Droplet v2 is built on a fresh foundation that delivers many highly-requested features: availability of AU and VST3 formats, user interface size scaling up to 200%, as well as built-in functions for saving, recalling and quickly switching presets. 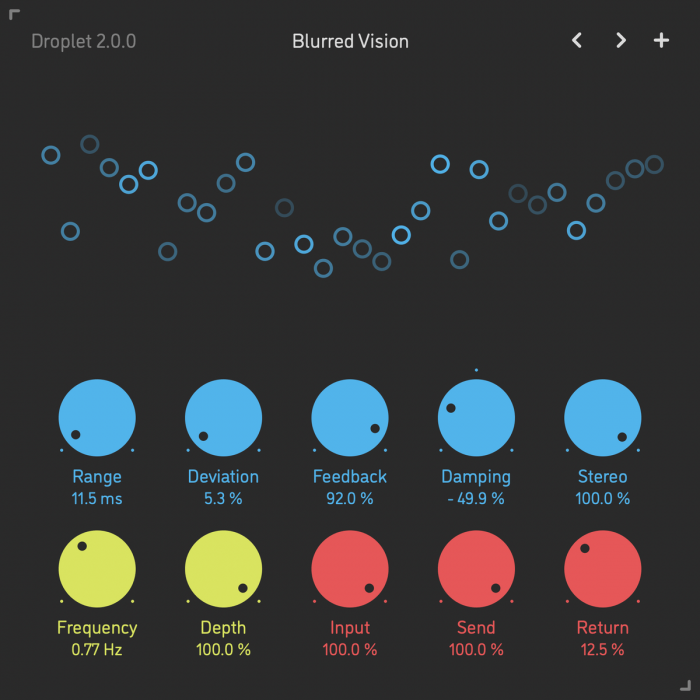 Droplet is a delay modeling engine for creating “raindrop delay” effects. It is based on 32 stereo delay lines connected in series via a proportional feedback system, with each delay’s time and stereo pan being randomized in order to produce a natural sound similar to water drops falling onto a surface.

The wide parameter range, as well as low- or high-frequency feedback damping, allow Droplet to produce a huge variety of effects – not just its trademark raindrop delay but also lush reverb and resonator simulations.

The plugin is available in 64-bit AU and VST3 formats for macOS 10.9 or later.

Droplet v2 is immediately available for $29 USD. It is a free update for customers who already own the previous version of Droplet.

RYM2612 ReFill: Free soundbank in collaboration with God of Rainbows