Sinevibes has announced a major update for its Diffusion AudioUnit synthesizer plugin. 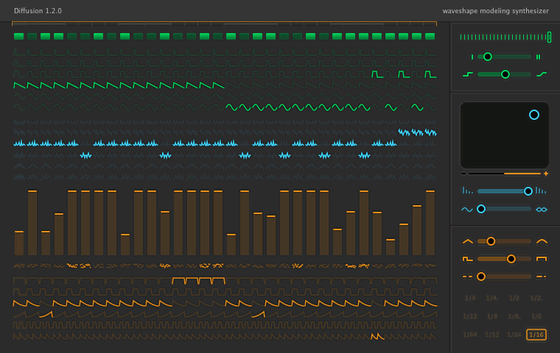 Diffusion for Mac (AU) is available to purchase for $29 USD.

In addition, Sinevibes has announced a Summer Sale.

Its entire plugin collection can be purchased for just $99 until the end of August (regular price: $119). The package includes a total of 10 innovative synthesizers and effects, such as Reactive, Deep and Sequential which recently received praise and awards from Computer Music and Music Tech magazines.