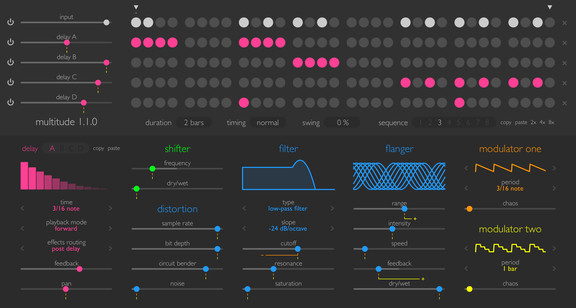 Unlike conventional delay effects that process the sound all the time, Multitude uses gate sequencers to control sends into four individual delay lines – allowing you to activate them at precise moments in time, putting a delay only on particular notes or hits.