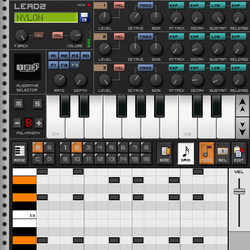 Single Cell Software has updated its Caustic music app for iOS and Android to version 3.0.1.

Caustic 3 is a music creation tool inspired by rack-mount synthesizers / samplers rigs.
Everything is real-time and optimized for mobile devices.

Caustic for iOS and Android is available to purchase for $9.99 USD.