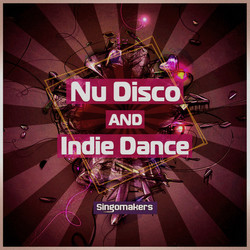 Singomakers has released Nu Disco and Indie Dance, a sample library featuring over 830 MB of funky loops and samples.

Inspired by the sound of Justice, Daft Punk, Tesla Boy, Holy Ghost, Chromeo, A-Trak, THE BEATANGERS and more! If you want to create fusion of Nu Disco, Nu Rave and Indie Dance then this pack is 100 % for you!

The sample library is available at Loopmasters for £29.95 GBP. Individual parts are also sold separately.