Slate Digital has launched its website and announced FG-X, a virtual mastering console, and Trigger, a multi layer drum replacer.

The Slate Digital ADVANCED ALGORITHMS ™ are written from the ground up using revolutionary new techniques in DSP code, based on innovative new technology and science. Within the ADVANCED ALGORITHMS ™ is a complex communication system between the DSP modules, which allows the plugins to achieve new heights in audio processing.

All Slate Digital plugins are fine tuned by Steven Slate and chief algorithm engineer Fabrice Gabriel, and then thoroughly tested by some of the audio industry’s top tier mixers, producers, and engineers. The result is some of the finest audio plugins that will help you achieve your musical goals in ways you could only dream about. 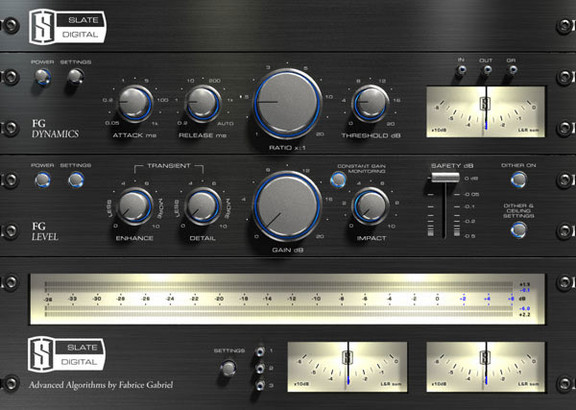 Two years ago Steven Slate and expert algorithm engineer Fabrice Gabriel started working out the concept for a digital audio process that could increase the level of a mix without altering the punch and dynamic feel, or make the mix sound squashed and lifeless. They started by researching saturation curves and their effect on various types of transient material. After several months of study and hundreds of listening tests, they made some fascinating discoveries. What they found, was that in order to transparently add level to a mix, a dynamic and intelligent transient saturation system would have to be developed.

New ADVANCED ALGORITHMS were created to execute the extremely complex communication system that would be needed to properly perform the new dynamic operations. A new algorithm was formed, and the process was named “Intelligent Transient Preservation”, or ITP. 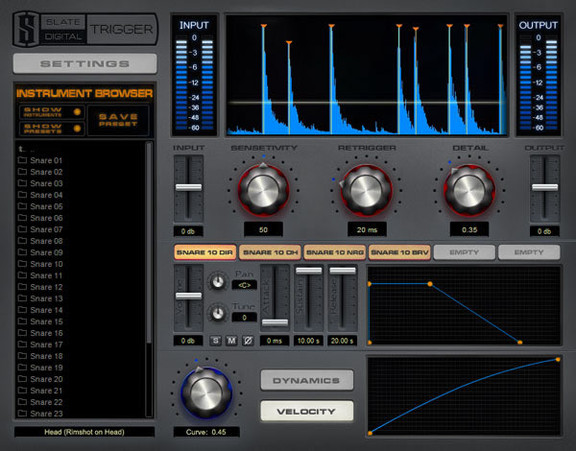 SLATE DIGITAL’s TRIGGER is the next generation drum replacement plugin. TRIGGER has a phase accurate multi layered triggering engine. This means that in one instance of the plugin, you can seamlessly trigger multiple samples simultaneously such as a close mic sample, stereo overhead sample, and a stereo room mic samples. Or, mix many direct mic samples to develop your own custom unique sounds. This multi channel triggering functionality allows the user to recreate the sound of natural drums with real multitracked samples.

Each sample layer has parameters for customization such as velocity and dynamic control, attack, sustain, release and independent levels. Other features include 2 detection modes, MIDI in/out, automation of detecting parameters, up to 127 different articulations per instrument, up to 127 velocity layers per instrument and up to 127 alternation hits per velocity layer, and a unique “Leakage Suppression” function.