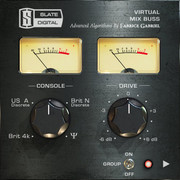 Slate Digital has announced the released of the Virtual Console Collection, a virtual effect suite for Windows and Mac.

The Slate Digital “VIRTUAL CONSOLE COLLECTION” brings the sound of 4 of the world’s top analog consoles into your DAW workstation.

“Slate Digital CTO Fabrice Gabriel and I studied these consoles inside and out. We meticulously modeled the entire circuit path so that we could recreate every subtle nuance that makes these consoles the legends that they are”, says Slate.

Virtual Console Collection is available to purchase for $249.99 USD / 179.99 EUR. For a limited time a free iLok2 is included with a purchase.