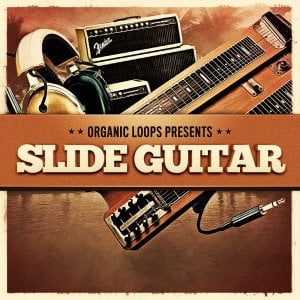 Years of dedication have given him the chance to play with some of the greatest names in Blues. While many of Julians friends were emulating the Beatles, his teenage years were spent thrilling to the sounds of Sam ‘Lightnin’ Hopkins and Muddy Waters. He’s since played on two W.C. Handy Award winning albums, and has shared stages with Buddy Guy, Robert Cray And B.B. King! He writes for various publications including the Independent, the Guardian and MOJO magazine – and has appeared on BBC3’s ‘Blues On The Bayou’ series.

Inside the pack you’ll find a variation of acoustic and electric loops, played between 110-125Bpm and organised into musical keys. Featuring soulful blues licks, wailing chord progressions and trademark slides – you can’t help but feel the heat. A touch of wah-wah and subtle effects help bring this pack to life.

The sample pack is available for purchase for £14.95 GBP.