Softube has announced the release of Volume 2, its latest plugin bundle that offers a collection of 19 plugins. 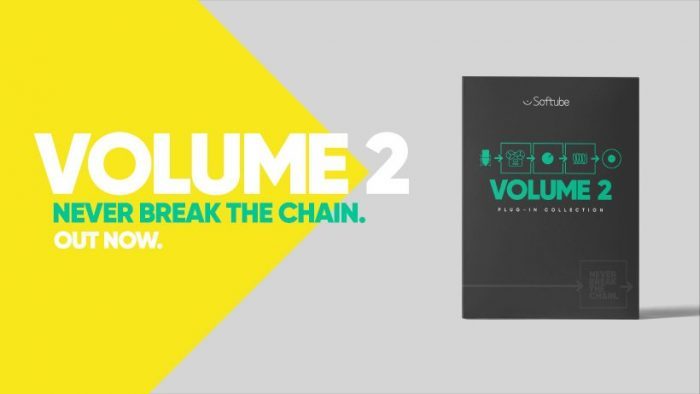 You can have the best singer in the world, using the best microphone, but if you send your signal through an EQ, compressor, reverb, or mastering limiter that’s anything less than the best, your results will never sound as good as they could.

Every plug-in in the new Volume 2 collection is the best-sounding version available of what it is, meaning you can rely on them to match up to, even enhance, the great sound you work so hard on.

Volume 2 is available from Softube and distributor Plugin Boutique at the introductory price of $399 USD ex. VAT. Based on the legendary Weiss DS1-MK3, the centerpiece of mastering studios the world over (and also now available as a Softube plug-in), the future of fast and professional mix maximizing is now here – the MM-1 Mastering Maximizer.

Featuring the very same algorithms as the original digital hardware unit, the MM-1 offers five flavours of limiting; Transparent, Loud, Punch, Wide, and De-ess; intelligently progressing as the ‘amount’ knob turns, and blendable with the mix control, to give users precisely the right amount of power over the feel of their masters.

This digital compressor/limiter/de-esser performs tasks no analog unit ever could, across a wider range of settings. World-renowned mastering engineer, Bob Katz, author of Mastering Audio (hailed by Sound on Sound magazine as ‘the definitive work on mastering’), and three times Grammy winner, described the original hardware unit as ‘impeccable’, saying ‘it is the most transparent, refined, flexible, and least “digital-sounding” dynamics processor I have ever used.’

Working in collaboration with Weiss Digital Audio, this latest addition to the already rich and desirable Softube product range has been almost three years in development. Porting the code perfectly, line by line, from the original unit so that the plug-in sounds identical was just one task. Recreating the workflow and characteristic broad and usable functionality that made the Weiss such a legend was another.

Running at 32 bit/192 kHz (an upgrade on even the hardware original) the plug-in opens up the absolute pinnacle of sound quality to everyone. And with two all-new advanced limiter algorithms in addition to the Weiss original, nothing touches this processor for sheer excellence.

The plugins are available at introductory prices at Softube and distributor Plugin Boutique until April 1st, 2018.