Use the system with any major DAW and enjoy the biggest advantages from digital and analog mixing environments—plus a few new ones. 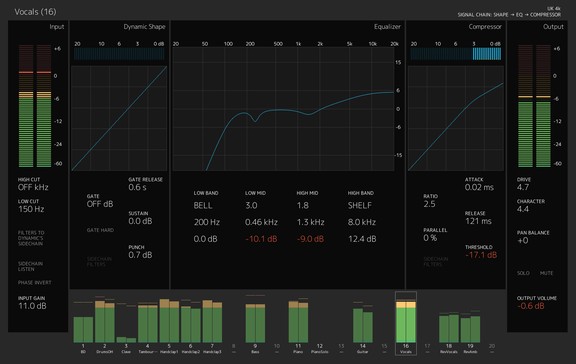 The UK 4k for Console 1, a brand new Softube model of a mixer channel from a classic large-frame British console from the late 1970’s.

Console 1 will initially be available for Mac OS X. It is scheduled to be released after the summer of 2013.