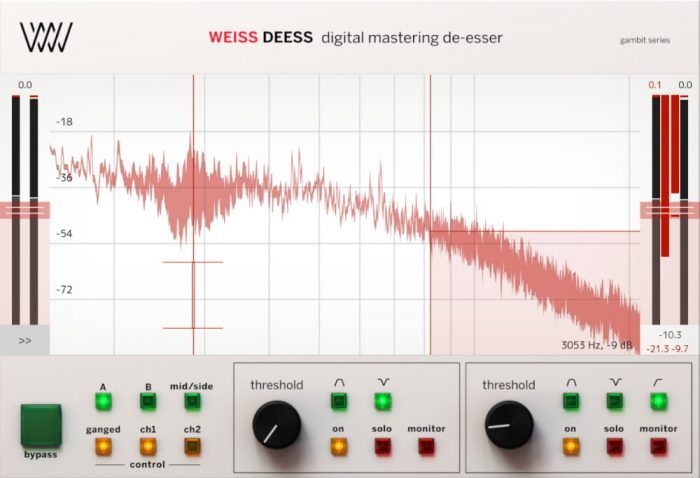 Whether you’re trying to tame sibilance in a lead vocal, rein in a sharp-sounding hi-hat, or reduce harshness while mastering, a truly great de-esser is as elusive as it is essential. Enter the Weiss Deess, available as an individual plug-in or as part of the Weiss DS1-MK3 collection.

Most de-essers – even modern digital or plug-in units – lack versatility, user-friendliness, appropriate visualisation, or quite simply don’t work like you hope they will.

With a combination of the highly-prized sonics of the industry gold-standard Weiss DS1-MK3 – the go-to digital hardware de-essing unit used in top mastering studios the world over – and a totally modern and focused approach in design, Softube is psyched to announce the Weiss Deess Plug-in. Stop searching, start succeeding – this is the de-esser. 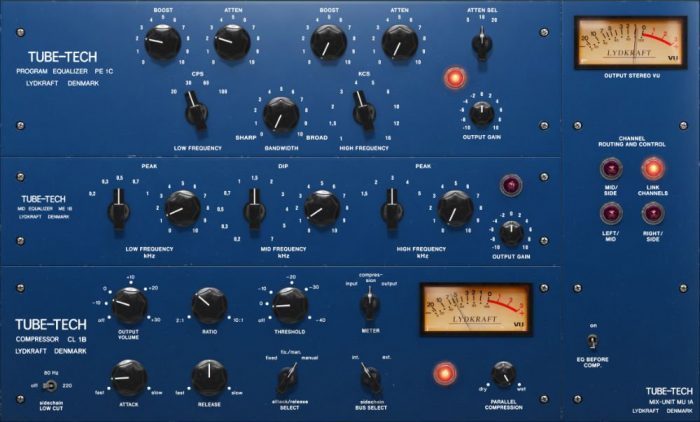 For the first time ever, the two EQs exist in a single plug-in GUI, giving the complete intended workflow immediately and intuitively.

On top of the new features in the CL 1B, the Classic Channel Mk II now has mid/side processing capabilities.

The updated Tube-Tech Mk II plugins are now available alongside its legacy versions in three new collections, which are on sale at up to 30% off for a limited time only.