Softube has announced the availability of the Weiss EQ1, a line-by-line code port boasting 1:1 accuracy of the pioneering original hardware, known as the standard of digital mastering EQs​.

The Weiss EQ1 plugin offers increased functionality of the original algorithms, plus 32-bit/192 kHz operation and updated ergonomics. It comes with easy manual recall of presets that sound and behave exactly like they do in the hardware​.

There’s a reason Weiss Engineering’s EQ1 has been at the top of the heap since its release in 1996. The EQ1’s dazzling sonic qualities combined with its flexibility as either a Minimum Phase EQ, a Linear Phase EQ, or a Dynamic EQ have made it the must-have digital mastering equalizer. The Weiss EQ1 plug-in crystallizes that legacy—in software form.

It’s here. One of the most highly requested components for Console 1 makes its debut. Introducing the Weiss Gambit Series for Console 1. A painstaking extraction of the top features from two of the most admired digital processors, Weiss DS1-MK3 and Weiss EQ1—plus characteristic extras—the result is the clean, sharp channel strip engineers everywhere have been waiting for.

Joining a storied slew of offerings in the successful partnership of Softube and Weiss Engineering, Weiss Gambit Series gives you the algorithms of the originals. But it also sports exclusive, high-end features such as below-threshold compression. Weiss Gambit Series channel strip for Console 1: created for mastering, now tailor-made for mixing.

Furthermore, the new Weiss Complete Collection has been launched. 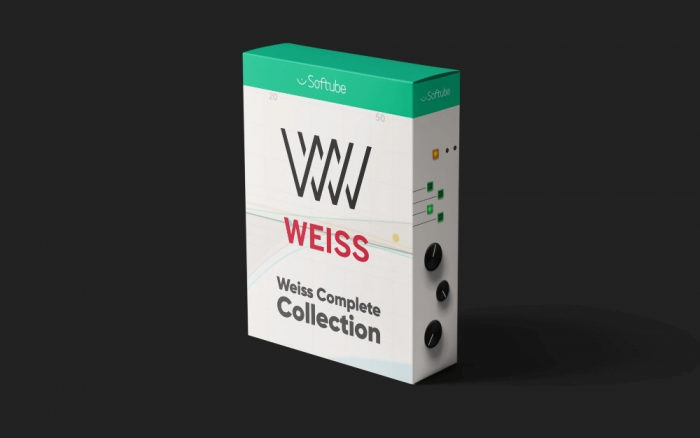 Weiss Complete Collection is 820 USD/EUR during the promotion (regular 999 USD/EUR).