Softube has announced the release of the Chandler Limited Zener-Bender, a channel strip effect plugin that offers vintage sound in a modern combo.

The native plug-in version of the Zener-Bender, apart from combining the heritage, color, and character of the Zener Limiter and the Curve Bender in one impactful channel strip, is special for its plug-in-only features.

Digital audio and software flexibility allow us to offer External Sidechain input, Mid/Side Processing, and Channel Linking. Clean up your low end in the center of your soundstage while gently calming your cymbals out wide. Bring a vocal to the front, even at the mastering stage, without damaging the tracks supporting it. You’re in charge of just about everything.

The Zener Limiter and Zener-Bender For Console 1 are also available at introductory discounts, while the previously released Curve Bender mastering EQ is available separately for 299 USD/EUR. 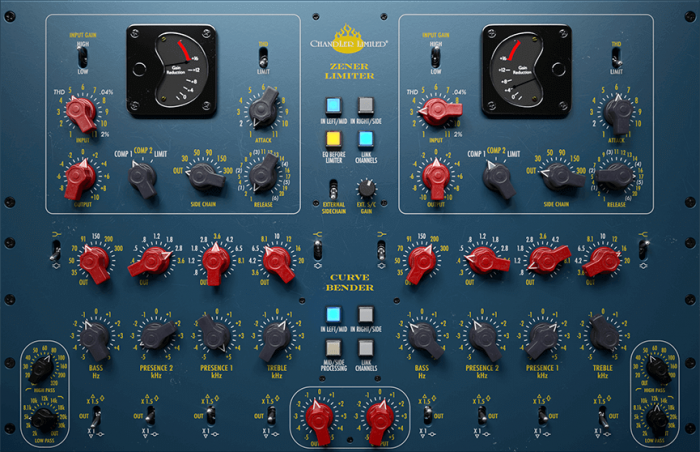