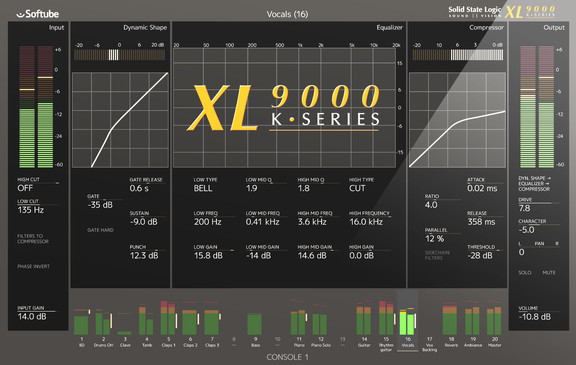 We are proud to announce the release of the new software update for Console 1. It does not only entail the new channel strip Solid State Logic XL 9000 K-Series for Console 1, but also big improvements for all Console 1 owners. A 20 day demo license can be downloaded for evaluation purposes. The update also adds Mac OSX 10.10 Yosemite support for all Softube’s plug-ins.