The Softube Trident A-Range is an exact model of the legendary characteristic equalizer from the A-Range consoles, of which only thirteen were ever made. 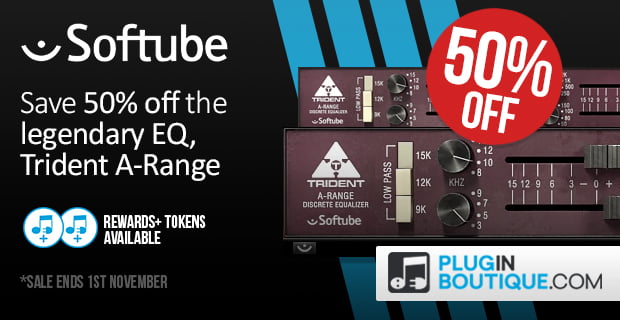 Flemming also used it for the solo and rhythm guitars on Metallica’s “Ride The Lightning” and “Master of Puppets”, as well as Ritchie Blackmore’s guitar on the Rainbow albums “Difficult to Cure” and “Bent out of Shape”.

By driving the console hot, it is possible to get it to distort with a hairy and effective saturation that is just right in some situations, and just wrong in others!

We added a separate Saturation control to let you choose easily. Turn it down for clean (and less CPU draw), and up for the sound of a Trident A-Range hard at work.

The Trident A-Range plugin is available for Windows and Mac (VST/AU/AAX). It is 50% off at Plugin Boutique until November 1st, 2017.