Following the successful release of the major V4.8 update at the beginning of 2019, SSL has now followed up with the latest Live V4.9 console and SOLSA software. 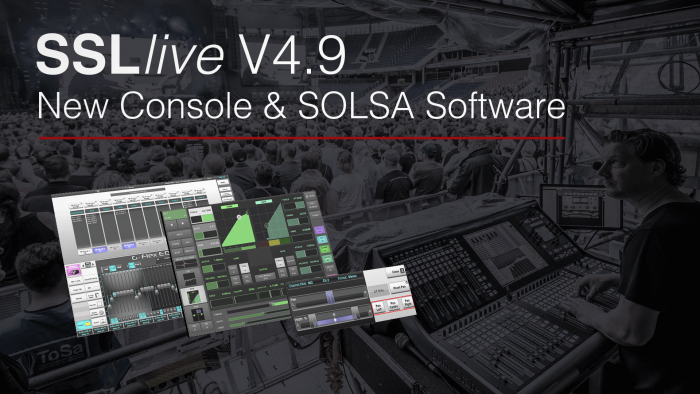 This release includes a host of feature updates and performance enhancements including the addition of new Patch Manager for importing and exporting input patches, Talkback Groups, speed enhancements including scene recalls and Routing page navigation, plus numerous other workflow and functionality improvements.

The latest software is available on the Solid State Logic website.