Solid State Logic has announced the release of the L100 live console, the newest member of the SSL Live console range. 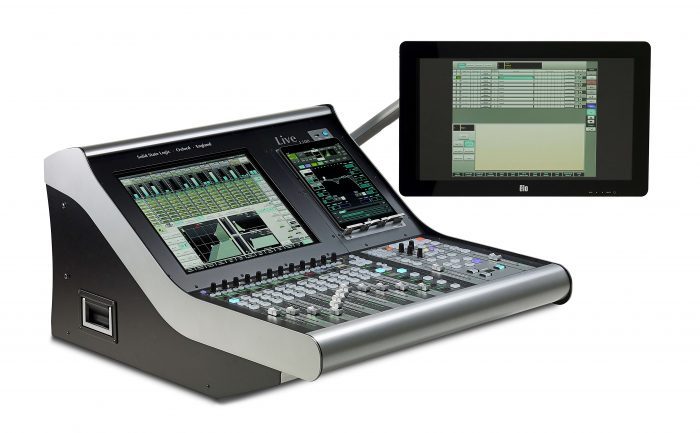 SSL Live consoles have earned their place on international arena tours, at festivals, and in prestigious installations and houses of worship around the world, gaining a reputation for superior sonic performance, fast and flexible workflow, comprehensive network-ready connectivity, and stalwart reliability. This new entry features the same high headroom, low latency SSL Tempest Audio Engine as the other SSL Live consoles, guaranteed showfile compatibility across the range, and all of the same I/O options, including SSL SuperAnalogue stageboxes (over MADI or Dante), local analogue and digital I/O, and Blacklight.

L100 sets itself apart with its compact, 12 + 2 fader configuration frame, while retaining the same fast access layer / bank switching and Super-Q technology to ensure no channel, group, aux, VCA, or master is ever far away from the engineer’s fingers. Users who require more faders can expand the L100 with the addition of SSL’s new Remote Tile and more screen space can be added via an external touchscreen and the addition of tablet control.

96 fully-processed paths provide ample capacity for small- to mid-sized live productions, and its flexible architecture means it can be configured with up to 64 input channels, 36 aux sends, 12 stem groups, 12 VCAs, and four masters. An additional 4 x 32 input, 12-ouput matrix is always available.

Every L100 path features a complete range of channel processing configurable in any order, including EQ, dynamics, tube emulation, delay, all-pass filter, and two insert points. The console’s internal FX rack provides everything else, with a large suite of SSL FX, for up to 24 instances.

Antony David, SSL’s Managing Director, comments: “The launch of the L100 will deliver the incredible SSL Live audio performance and technology to a whole new range of users that previously might not have been able to specify SSL Live. Solid State Logic does not compromise its sonic integrity and build-values for anyone, so to be able to offer L100 at a very competitive price point is fantastic news.”