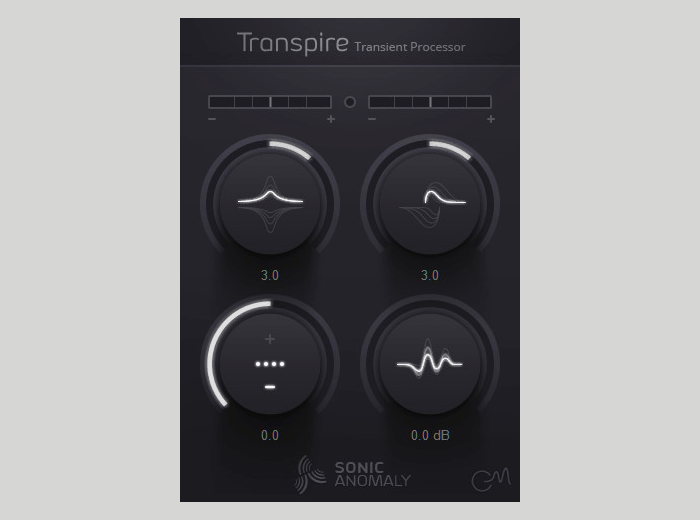 Transpire is a transient processor. It can enhance or dampen the initial attack and the sustain (body) of sound. Transpire has been designed to work well with drums and percussion.

It does not operate linearly, which means small transients are being affected relatively stronger than large transients. This is good for bringing up smaller details while not overloading on large hits. As a result, percussive tracks can sound more steady and controlled compared to traditional transient enhancers.

Transpire is available to download as a VST plugin for Windows, and JSFX for Reaper on Windows and Mac. The original version has been discontinued.