Sonic Charge has released version 3.2 of Microtonic, a drum and percussion synthesizer instrument for Windows and Mac. 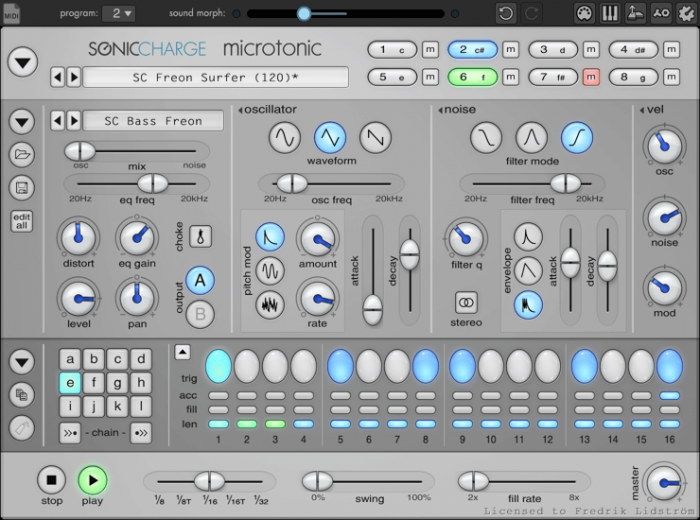 Microtonic (a.k.a. µTONIC) is a VST / AU plug-in for Windows and Mac featuring a unique drum and percussion synthesizer combined with a pattern based drum-machine engine.

You can use Microtonic as a sound module to play drum sounds from your MIDI keyboard or sequencer, or you can use the built-in pattern engine to play drum patterns in sync with your sequencer. The sound of Microtonic is 100% synthetic and rendered in real-time. No samples or pre-rendered waveforms are used.