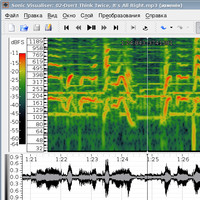 Sonic Visualiser, a cross-platform application for viewing and analysing the contents of music audio files, has been updated to version 2.4.

Sonic Visualiser is available for download for Windows, Mac and Linux.