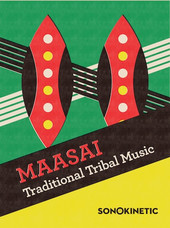 Sprung from ancient traditions and rituals, music has captured the souls and spirits of millions of people since the dawn of time. These deep roots of the origin of music are found best on the original motherland of the human race. “Africa”

Recorded on location deep within the Kenyan tribal village communities we discovered an unprecedented rich culture of rhythms and songs, and chants that capture your imagination. Scraping the surface of this vast cultural heritage Russ Landau and Sonokinetic invested in producing a collection of samples that are unmatched in authenticity, realism, power and beauty. Lomax would have been jealous and anxious if he’d knew what would be possible with modern technology.

This first volume of a new sample line we’re introducing, is based on field recorded genuine original ethnic music with a high mark on originality and usability.

The intelligent scripting and use of the Kontakt sample format makes this sample pool of live performed music and dance fit right in, or be the base to work from for, your compositions and production. Emmy award winning composer (of the CBS tv Series “Survivor”) Russ Landau and Sonokinetic dive into the world of ancient African music.

Maasai for Kontakt 4.1 or higher is available to purchase for 49.90 EUR.