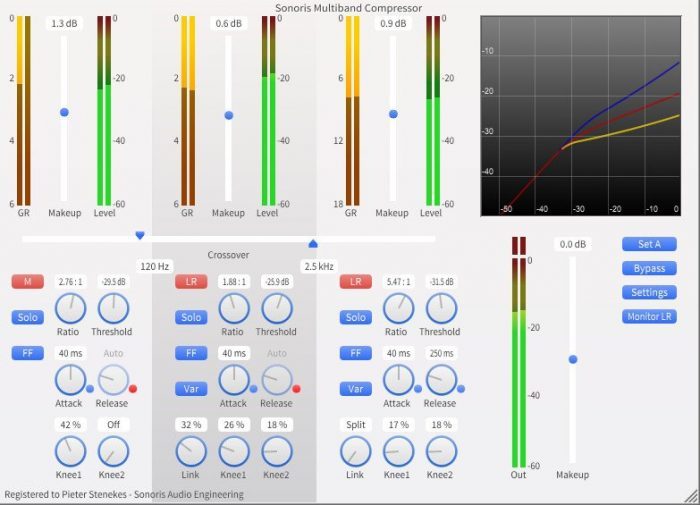 It has three independent frequencybands followed by three compressors based on the Sonoris Compressor. The three bands are created with special designed filters to avoid phase cancellation problems. These filters are known as Linkwitz-Riley crossover filters and have a very natural, analog like quality. By design they mix back flat. Unlike linear phase filters they don’t introduce delay and are more efficient in use.

The Sonoris Multiband Compressor for Windows and Mac (VST/AU/RTAS/AAX) is available for purchase for 249 EUR. It is 50% off during the NY AES, until November 2nd, 2015.