Sound Guru has released version 0.8 beta of The Mangle, a granular sampler instrument plug-in for Windows and Mac. 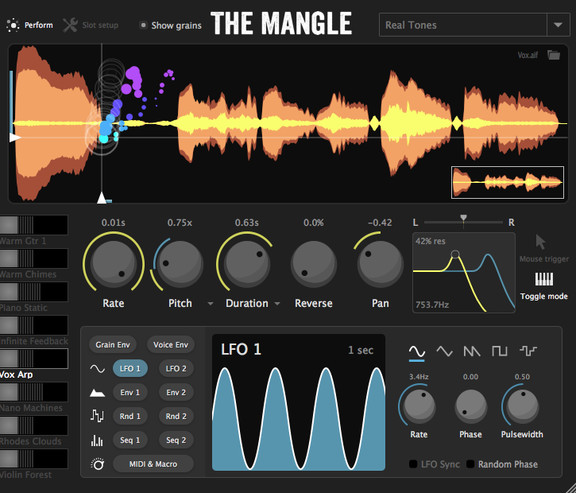 There’s no better way to explore granular soundscapes. Fully automatable in your DAW, multi-timbral, and simple to use with drag-and-drop modulation.

Real-time animation of every individual grain, showing you what your sound is doing. Stretch a single note into a rich texture. Make organic effects that fizz and crackle. Shatter a synth sound into a thousand pieces.

Changes in The Mangle v0.8b

The Mangle for Windows and Mac (VST/AU) is available for purchase for the discounted price of £19.99 GBP while it is in beta.