Sound Magic has announced the release of an AAX version of Fazioli Rose, its modeled Fazioli grand piano instrument for Windows and Mac. 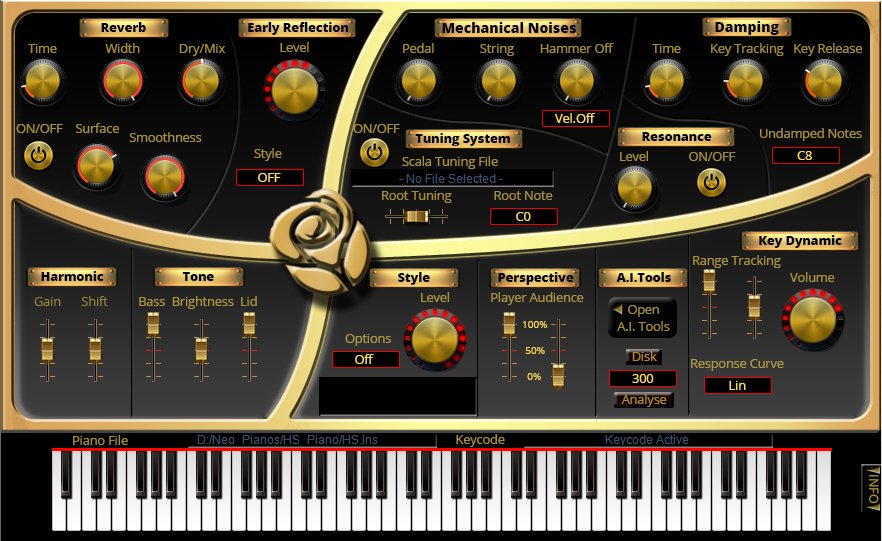 Based on its famous Fazioli F308, the 10 foot concert grand model, Fazioli “Brunei” is decorated with flowers in mother of pearls, features semi-precious stones in various types. Not only the appearance changes a lot, but also Fazioli “Brunei” was specially tuned by factory engineers to achieve a unique sound, it has a deeper bass and mellower in sound compared to F308.

By using the best Microphones and AD/DA converter nowadays, we successfully captured Fazioli “Brunei” unique sound. And after almost 1 years’ modeling processing, we finally get an vivid instrument with a rather small size compared with other sampled instruments.

Musicrow launches sale on Golden Ensembles 3 for Reaktor – 50% off