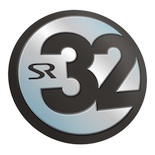 Moving forward with new technologies, the new Logic Pro X is a modern, 64-bit only application, which means that older 32-bit plug-ins will no longer work in Logic Pro X. Previous projects that were created in Logic 9 or earlier that include 32-bit only plug-ins, would not be able to fully open in Logic Pro X.

32 Lives is a new application, capable of generating a 64-bit Audio Units versions of your loved and hard-earned 32-bit legacy plug-ins, helping you to cross-over to the new Logic Pro X smoothly and transparently. Older Logic Pro sessions will completely load into Logic Pro X, including all parameters and automation. No special re-wring or routing is required. All your 32-bit only plug-ins will again re-appear in the plug-ins menu as they always were.

32 Lives is currently in open beta and available for purchase for a discounted price of $69 USD (regular $99 USD) for the duration of the pre-release beta stage. All beta users will be upgraded to the full release version at no extra charge.