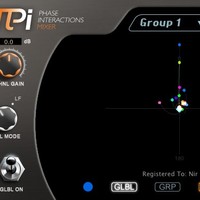 Pi works to improve the summing of a DAW or a mixer. Pi dynamically minimizes frequency cancellations between instruments within the mix, improves mono compatibility and brings back the lost depth and focus lost when overlapping frequencies collide.