Sound Radix has released a major update to POWAIR, a compressor/loudness leveler effect plugin for Windows and macOS. 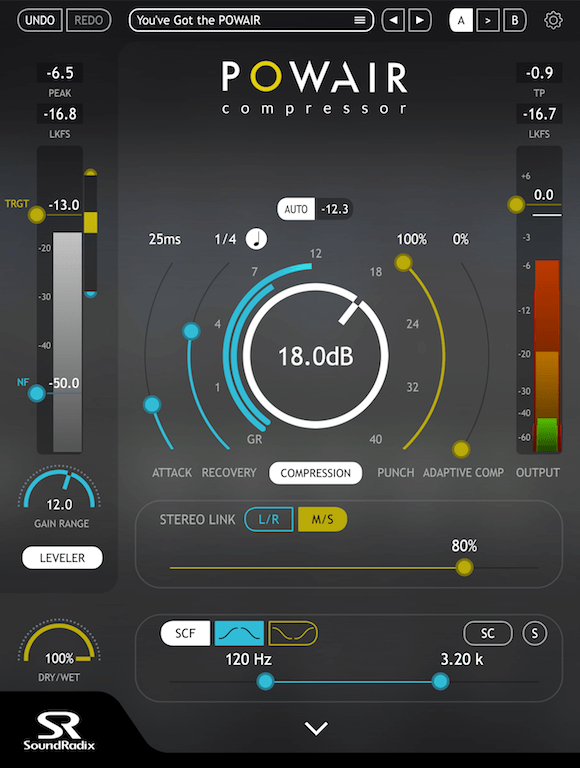 POWAIR was designed to be a smarter, more natural sounding compressor. It’s a dual-stage loudness leveler / compressor / limiter powered by a novel, proprietary compression engine which provides greater transparency and control than ever before.