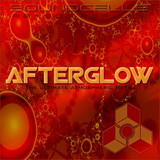 Soundcells has released Afterglow v2, an updated version of the atmospheric ReFill for trance producers, jungle heads and ambient artists.

It’s analog, it’s digital, it’s tender and raw, glitchy at times but above this all: Extremely Atmospheric!

All sounds have been meticulously designed to be combined with each other in the exact way the user would like it to be heard. Get great malstroem-, surprising subtractor- and fantastic thor patches, furthermore over 260 samples from analog and digital gear and also physical modeling synths. Version 2 adds 30 mind-blowing combinator patches mainly based on the field recordings which are included in this version. Further every original combinator patch has been reworked – same sound as before, but expanded button assignment…

The combinators are programmed in such a way that they behave like real instruments. Soundcells has taken special care of this aspect by assigning the knobs, wheels and buttons for total musical, atmospherical and emotional control. Not only the lead patches offer the possibility to perform with emotion but also the pads and textures will give the user the feel of being a virtuoso soloist!

Afterglow v2 for Reason 4 and higher is available to purchase for the introductory price of 34.90 EUR until the end of September (regular 44.90 EUR).