SoundEngine has announced the availability of a new, deep collection of sounds for Logic Pro’s EXS24 & Studio One Presence XT.

The Moog “The Source” library started with the restoration of a supremely dead Moog Source. It spent some time at “This Old Synth” in San Jose, CA and came back sounding huge. 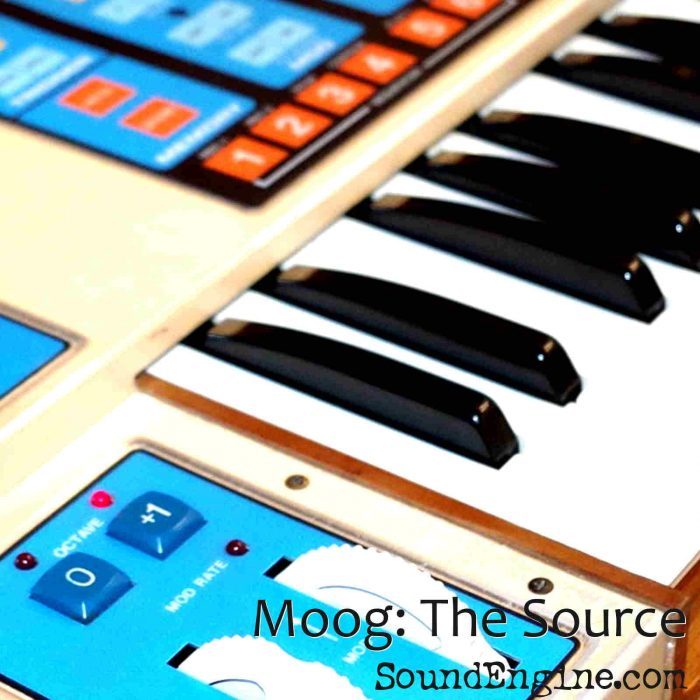 The Source was Moog’s first synthesizer to offer patch memory storage. The design was also the first (and only) Moog synthesizer to feature a flat-panel membrane keyboard to replace the standard buttons, knobs and sliders, along with multihued panel graphics that were very different from anything Moog offered at the time. Sound-wise it is considered to sound more like the original Minimoog than any other synthesizer made by Moog and was introduced as its replacement. The instrument was used extensively by the band Devo on their 1981 album New Traditionalists. The Source was also used by Toby Smith, keyboard player from the band Jamiroquai, Depeche Mode and most notably by New Order, especially on the track “Blue Monday”. (Wikipedia)

The Source was sampled at 48 Khz / 24-bit and edited in SoundForge Mac, DSP Quattro, and Wavelab. There are at least 525 samples and at least 50 presets with more coming, including library translations for Kontakt and Halion, totaling more than 360MB of sounds and samples.

Moog “The Source” is available for purchase for $30 USD (MSRP). Includes license free use, lifetime upgrades as more sounds are developed, and free restored libraries if lost.