United Plugins has announced the availability of Soundevice Digital’s new Front DAW analog simulating plugin that aims to turn your DAW mixer into an analog desk. 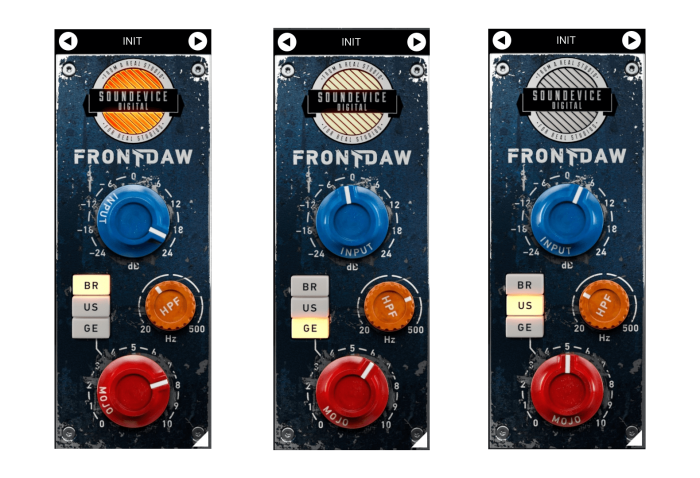 The idea of the Front DAW as the front door to your recording application comes from Greg Brimson, well established British producer, remixer and musician, as the result of his long term desire for the old-school analogue sound in his DAW.

As the name suggests, Front DAW is intended to be used as the very first plugin on every track (if desired – FD is really CPU friendly). The plugin adds gain and subtle saturation to them.

Thanks to VARM (Variable Analogue Random Modeling – used also previously on Royal Compressor) each track would sound slightly different even with identical settings. But using identical settings may not be the case for everybody, because the plugin offers three types of saturation circuits: BR represents classic fat British consoles, US stands for legendary punchy American style input. Switching to GE will give you velvet-sounding colourful vintage German tube console. All you have to do is to set the gain, choose saturation mode and set the saturation amount with the Mojo knob.

Front DAW is available in VST, AU and AAX plugin formats. It is available for free until September 15th, 2019. The regular price is 49 EUR.