Soundiron has announced Granada 49, a Kontakt instrument library featuring the sounds of a vintage 49-key analog synthesizer from the 1970s. 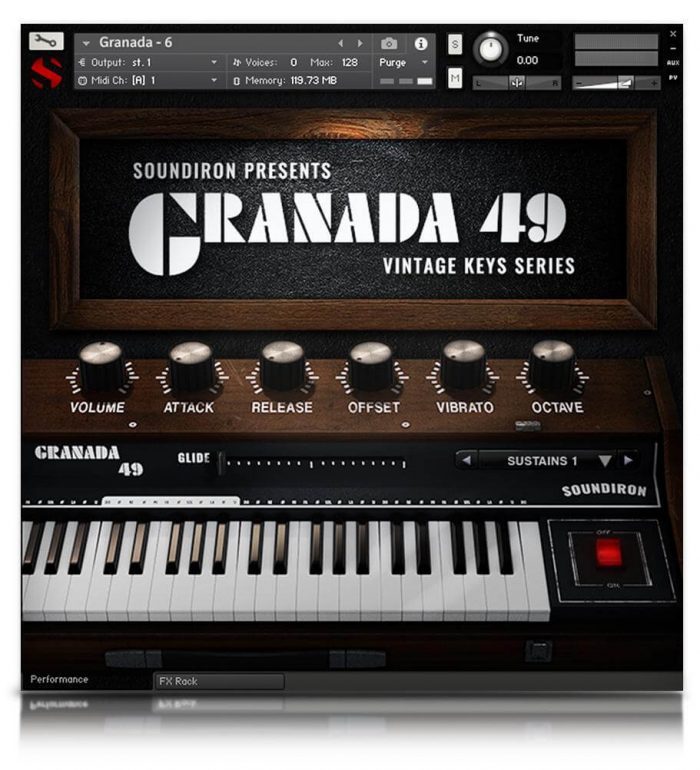 Rare and highly sought-after, little is known about the origins of this instrument, though the instrument’s classic wooden exterior echoes the popular aesthetics of the 1970s and early 1980s, during which time the instrument is thought to be produced. We’ve captured it’s old-school fat, creamy tone in 9 classic waveform shapes, with infinite sustains and tight staccatos. But to take this far beyond an ordinary analog synth sample library, we’ve also created 20 awesome sound-designed custom synth and effects presets and 40 unique sound-designed ambiences that can be played chromatically as atmospheric synths, dronescapes and pads or used directly in your DAW for underscoring and texture.

We’ve packed the GUI with lots of great sound-shaping controls that give you the flexibility to warp the shape in many ways. You have control over Volume, Attack, Release, Transient Offset, Vibrato and Octave layering. The “Glide” control slider allows you to play legato and portamento leads.

You’ll also find an adaptable LFO system, with selectable LFO shape, modulation target parameter, speed, intensity, tempo-syncing and fade-in time. You can also apply your choice of 13 low-pass, high-pass and FX filter, with assignable modulation control options, including velocity, modwheel, expression, after-touch, key position and step-sequencer table control. You can also use our customizable arpeggiator, with a built-in velocity sequencer table and control over arp direction, note timing, swing, randomization and duration. The user interface controls are rounded out by our modular FX rack tab, with 18 different DSP effect modules that you can assign in any of 10 slots, in any order you wish. 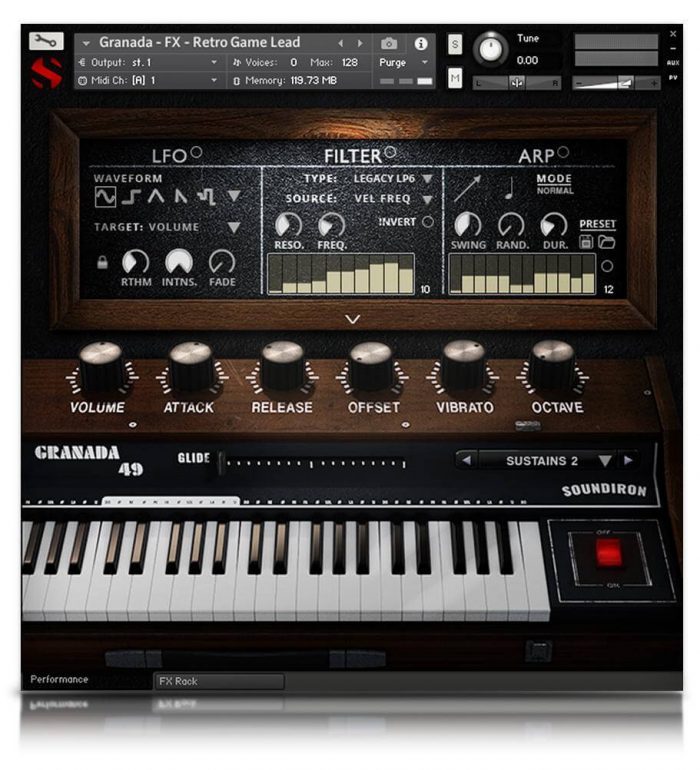 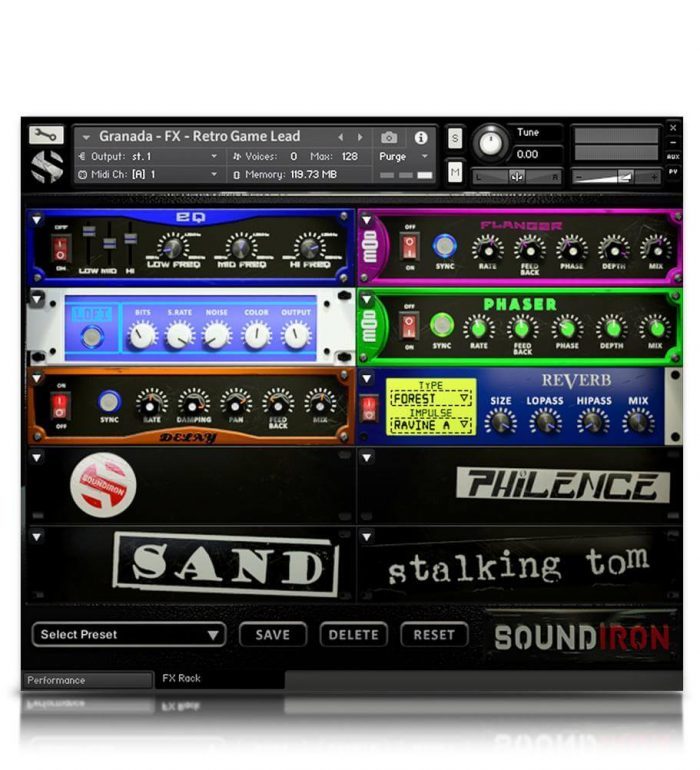