Soundiron has announced the release of Subways & Streetcars, a new sound library. 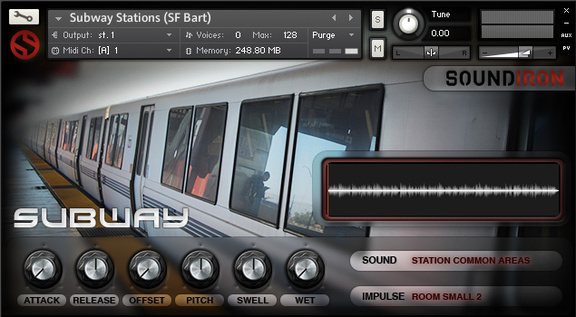 Subways & Streetcars is a professional sound library, featuring field recorded sound effects and natural environmental soundscapes on and around a modern major metropolitan transit line and 3 different vintage early 20th century electric passenger streetcars. This 4.38 GB library is built for sound designers and re-recording mixers, as well as musicians and composers that are looking for fresh sonic ideas and sound sources to explore and manipulate.

The sounds are standard wav files that can be used in any audio program and you’ll find clearly named files and folders to make library navigation a breeze. The Kontakt presets put all of that excellent content into an easy plug-and-play interface, whether you’re incorporating it into music or sound design.