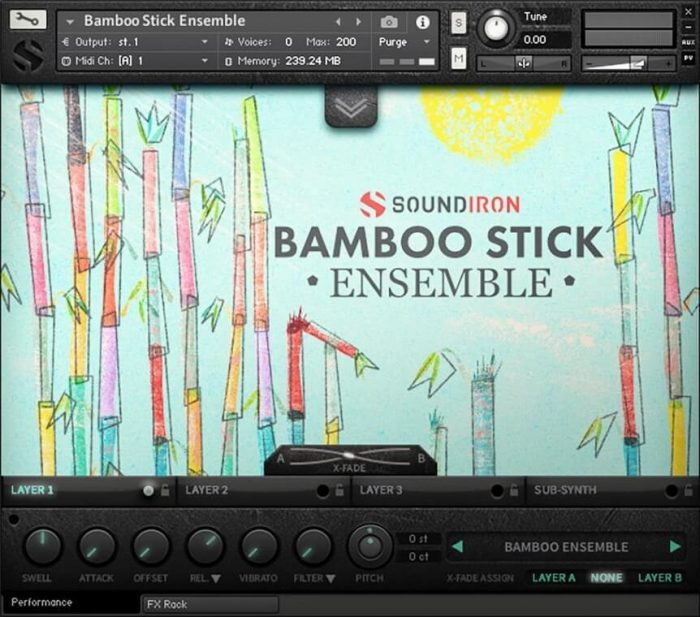 The instrument library captures the tight, powerful clack of long, heavy raw bamboo poles, played more as a weapon than as an instrument.

From epic war percussion to haunting drones, screeches, and nightmarish horn-like wails, Bamboo Stick Ensemble is truly a sonic force to be reckoned with. This version 3.0 upgrade takes the sounds of Bamboo Stick Ensemble to uncharted grounds with a packed arsenal of powerful sound shaping controls, user interface and much more.

Bamboo Stick Ensemble is a classic scoring percussion library that has been featured in a number of major motion pictures like Tron Legacy and Avatar. This upgrade also comes with 20 custom sound-designed factory presets to help inspire your next film/video score.