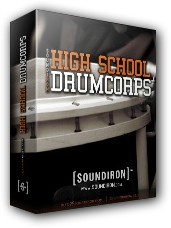 Drumcorps captures the powerful, tight sound of a marching band drum section, with that instantly recognizable hard punch and snap. Our goal was not simply put you in the crowd, but to get you right down in the drum line with the sticks in your hands, from the rehearsal hall all the way to the big game.

You’ll find a full collection of articulations for tuned marching bass drums (20″ – 36″), 14″ marching snares, a 42″ concert bass drum and full ensemble. There are snare and bassdrum rolls, crescendos, strikes, rim clicks, rimshots and more. We recorded the drum section in close, wide stereo, in a large band hall and out on the football field. As a bonus, we’ve also included live marching bands and parade ambiences. This library has all the flavor and verve of a classic high school marching band drum line, with plenty of pop, crack, whump and boom to bring your tracks alive. 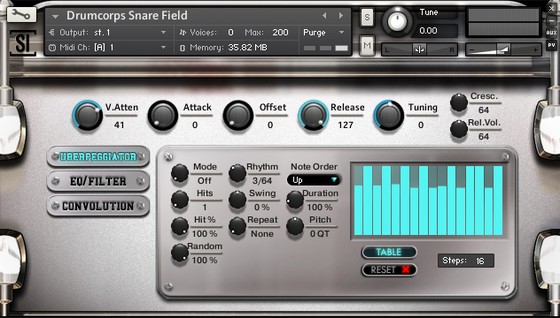