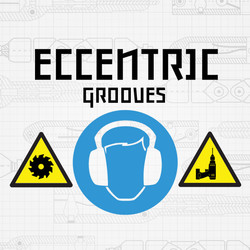 Soundprovocation has announced the release of its new Eccentric Grooves sample library.

“Eccentric Grooves” is a library of percussive loops and other sounds, made from a wide variety of newly recorded and tweaked household, street, and factory sounds mixed with some spicy audio material generated using electronic and experimental sound equipment.