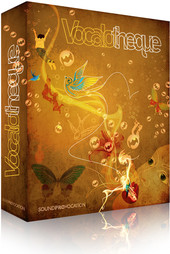 Soundprovocation has released Vocalotheque, a sample library made from recorded samples of a vocal ensemble (5 men and 5 women).

Our main goal was to make an instrument that was full of life and random overtones. “Vocalotheque” is made to sound more like voices of regular people than sterile, an overly polished academic choir. The voices we recorded are those of professionals and regular people that can really sing. This time we used our favorite way to recreate natural sound – a “round robin loops” of sampler groups: each note has 5 changing variations to enhance the feeling of natural singing that is never exactly the same.