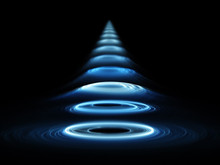 Sounds And Effects has announced the release of Rude Synths, a Reason ReFill for modern electronic and dance music styles.

Rude Synths is based on pristine 24 bit samples from vintage analog sources – including Mini Moog, Moog Opus 3, ARP 2600 mini-modular synth, ARP Odyssey, Oberheim SEM Modules and more, which were then modified or processed to make then applicable to modern electronica, some of the patches make the sound even grittier than the originals.

The ReFill is available to purchase for MSRP $49.95 USD.