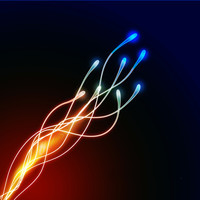 Sounds And Effects has announced the release of The Resonant Drop, a sound library for Native Instruments Kontakt 5.

Not all science fiction envisions either the future or the vast depths of uncharted space as just a vast playground of wondrous beauty, while back home exists a near perfect earth based utopian society where all problems have been solved and all humanity now lives in harmony.

Instead, some sci-fi future visions of the future are darker, bleaker, and these visions of deep space likewise show that not all exploration might be just fun and games – a future might perhaps be more like that of Prometheus, Terminator, or Blade Runner, than of Star Trek- to use a cinematic metaphor. While The Resonant Drop does contain some pretty and shimmering deep space ambiences, it is mostly intended for that more disconcerting, cyberpunk, perhaps even downright scary future-vision.

It contains over one gigabyte of pristine 24 bit samples.

The sound library is available to purchase for $59.95 USD.