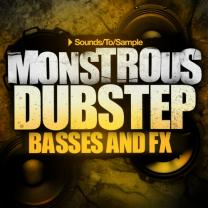 Back in bin blasting full effect, Sounds to Sample bring you their dopest collection of coma inducing basslines and fault shifting FX in their latest sample pack Monstrous Dubstep Basses and FX.

Filled with 20 Massive presets and 50 Dubstep percussion FX loops, Monstrous Dubstep Basses and FX is the perfect pack for producers looking for that extra meat in their grimy, growling cut-time production.

Including a bonus 36 break loops for fills and drops, Monstrous Dubstep Basses and FX is just the pack to help anyone start up, or finish off their greatest dub step production!