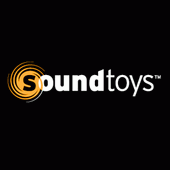 SoundToys has released an update to its Mac OSX plug-in range.

Note: Official 64-bit support is in progress and will be released at a later date.