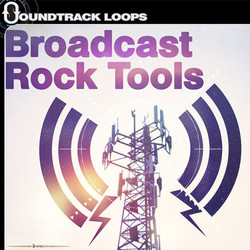 Broadcast Rock Tools is a set of 13 construction kits in various Rock styles including Blues Rock.

It was designed with the TV and Radio producer in mind. Instruments include Rhythm Guitar, Lead Guitar, Electric Bass, and Acoustic Drums. Guitars performed by professional guitarist Stacey Blades, Drums by pro Drummer Jimmy D’Anda, and Electric Bass by Jason Donnelly. Produced by Donnelly and Blades. 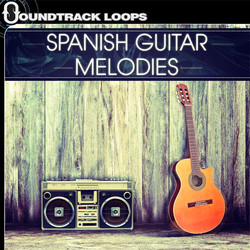 Spanish Guitar Melodies is a collaboration between Soundtrack Loops and guitarist Adonis Tsilimparis.

This kit contains 100 acoustic Spanish Guitar loops in a rage of tempos from 90 BPM to 110 BPM. Styles are Bailamos, Lucha, Peligro, Cantina, Placido, Guajira, and Sonrisa.

Each loop was recorded to a metronome click at specific tempos. Great for use in Hip Hop, Trap, Chillout, and EDM. Key and tempo information is in the file name as well as metadata.